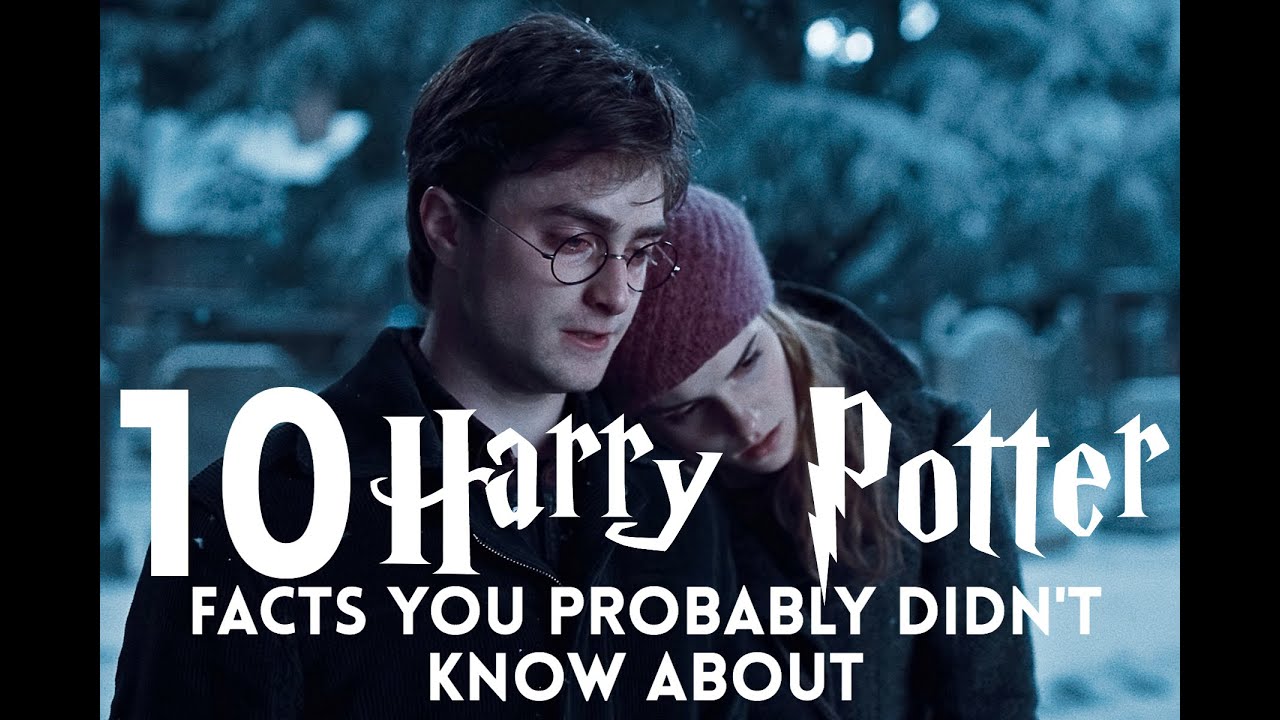 Fact 1: Voldemort was 71 years old when he died in the battle of Hogwarts. 😀 😉

Fact 2: The numbers Arthur Weasley entered in the phone booth to get in the Ministry of Magic are 6-2-4-4-2. And the letters underneath those numbers on a standard telephone keypad spell out magic. Fact 5: In her school days, McGonagall was a talented Quidditch player. However she gave up playing after a particularly nasty injury. 😀 😉

Fact 6: J.K. Rowling modeled Hermione more or less on herself. She even gave her her own favorite animal as an patronus: an otter.

Fact 7: The father of Draco wanted to send him to Durmstrang, but his mother didn’t want him that far.

Fact 8: Before they filmed “Harry Potter and the Prisoner of Azkaban”, the director Alfonso Cuaròn had his three main characters write an essay about their character. Emma Watson wrote 16 pages about Hermione, Daniel Radcliffe wrote a page about Harry, and Rupert Grint never delivered a single sentence. 😉 😀

Fact 9: During the filming of “Harry Potter and the Prisoner of Azkaban” the pockets of Tom Felton’s Hogwarts cloak were full, because he kept trying to smuggle food onto the set. 😀 😉

Fact 10: Tom Felton first read for the parts of Harry and Ron, but was finally cast as Draco Malfoy.

I got all these facts from “37 Facts You Never Knew About “Harry Potter”” on BuzzFeed.